Dal Verme Theater – The Voice and Sound Of Pink Floyd

Hotel Milano Castello is in an excellent position to reach the Dal Verme Theater in a few minutes on foot.

Big One is defined by the international press and critics as the best European Pink Floyd tribute band. Coming back from the recent The Division Bell Tour, which consolidated their success in Italy and abroad, and with a new European tour coming up that will lead them to perform in various Dutch and Northern European cities, Big One will return to the best theaters Italians with the new concert event A Saucerful of Secrets Songs Tour.

The show, which takes its name from Pink Floyd's second studio album, released on June 19th, 1968, will offer - during the first part of the concert - a succession of songs from A Saucerful of Secrets, from The Piper at the Gates of Dawn, the band's debut album, and The Dark Side of the Moon, the famous album that made them famous all over the world.

In the second set, the Big One will re-propose the best of Floyd's music with songs taken from the best of Pink Floyd's long and timeless recording career, up to their latest The Endless River, released on 7 November 2014. 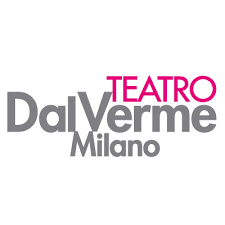